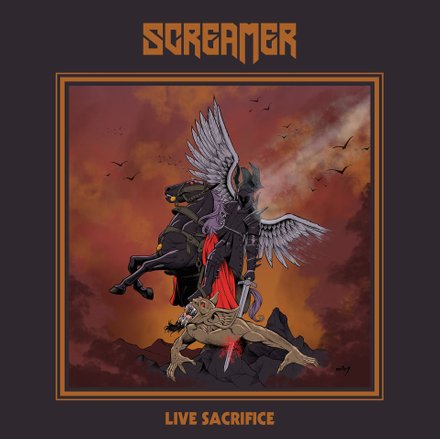 Before 2020 decided to not play out as the rest of the world had planned, we were far in to the works of finalizing our first-ever self-released album, ”LIVE SACRIFICE”

12 pounding, raw, live tracks that will be released independently by the band as digital download(Bandcamp) and limited vinyl editions including a release exclusive patch.

PRE-ORDER IS NOW OPEN AT:

To be released January 29th on Steel Dragon Records, catalog no SDRLP001

Mixed and mastered by Dennis Åhman